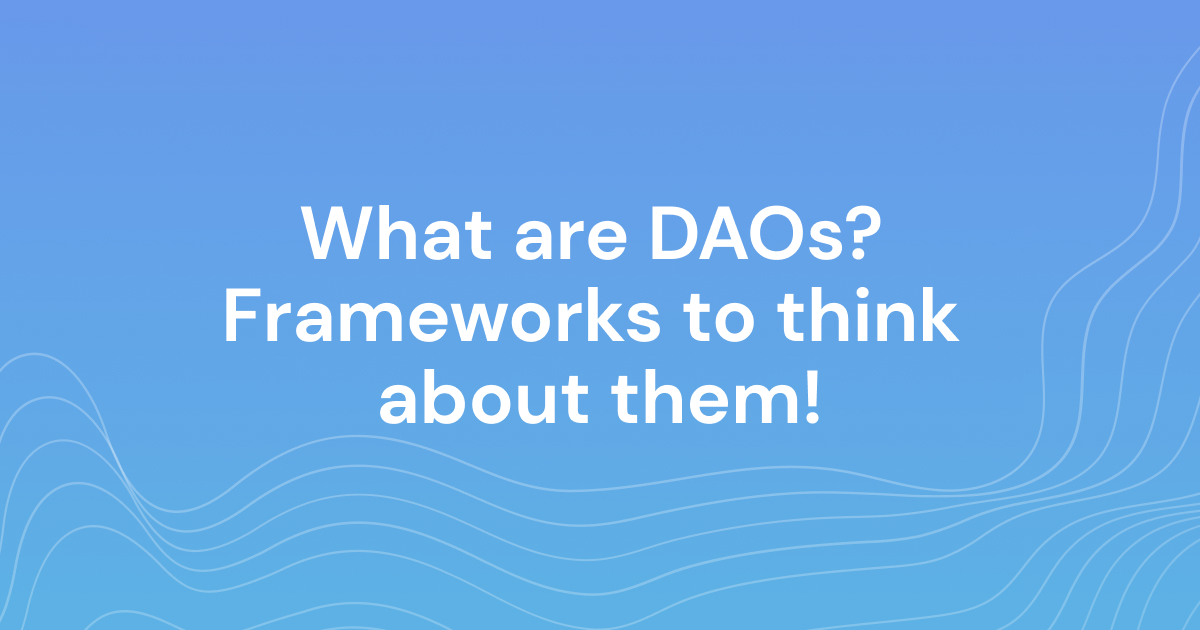 Title: What are DAOs? Frameworks to think about them!

What are DAOs? This is a question that many people are asking, and it's not an easy question to answer. DAOs (Decentralized Autonomous Organizations) are still a relatively new concept, and there is no one-size-fits-all definition. This article will explore some basic ideas about Decentralized Autonomous Organizations (DAO), why they matter, their future potential, and examples where DAOs have already been implemented successfully across industries.

A DAO is an entity that operates independently and transparently through blockchain technology and smart contracts. They can be used for anything from online voting systems to gambling platforms; there's no limit! We must understand how these new organizations will affect society before moving forward.

DAOs can be thought of as autonomous organizations because they have no central authority figure controlling them; instead, they are governed by smart contracts which run independently from any human intervention (though humans still have input into how these contracts are written). In other words: A DAO is like a traditional company but without management or shareholders - it's just software running on computers around the world!

How do DAOs work?

The most common way of working is through consensus mechanisms such as voting with tokens on specific proposals put forward by community members, which then determine whether an action gets taken up or not. So, for example, A majority vote could decide whether to build a new feature into an app, what the next round of funding should be spent on, etc. So we might say that "the majority rules."

What makes up a DAO?

How do you create one?

To create or launch your own DAO, several steps need to be taken, including choosing which platform is best suited for building the application in question. For example, if this was an exchange, then it might make sense to use Ethereum because of its innovative contract capabilities; however, if we were looking at making decentralized applications on top of Bitcoin's Blockchain, then it might not necessarily work due to lack of support by other infrastructure providers such as banks, etc.

The next step would be choosing what type of token will represent ownership within the system - this could either be shared with traditional companies or something completely different such as air miles or utility tokens.

Then you'll need to write the code and deploy it to the network - this is where your team of developers will come in handy!

After that, you'll need to market and promote your DAO, so people know about it and start using it.

Why do you need DLT technology for building decentralized autonomous organizations (DAO)?

There are several benefits to using DLT technology when creating a DAO. Firstly, it ensures that the organization is decentralized - there is no one point of failure, and no single entity can control the network. Secondly, it provides transparency and accountability. All transactions made within the DAO are recorded on the Blockchain and are seen by anyone who has access to that particular system or database. Finally, it enables secure and efficient communication between members of the DAO. For example, Transactions are processed quickly and without any third-party interference.

What are some examples of DAOs?

Why should I care about DAOs?

DAOs have the potential to revolutionize how we do business and interact with each other online! They're more democratic, efficient, and cost-effective than traditional organizations, removing central points of failure. In addition, DAOs provide an extra layer of security through blockchain technology, making them virtually hack-proof.

How are decisions made in DAO?

In general terms, decisions are made through consensus mechanisms such as voting with tokens on specific proposals put forward by community members. These votes then determine whether an action gets taken up or not - so we might say that "the majority rules." So, for example, a majority vote could decide whether to build a new feature into an app, what the next round of funding should be spent on, etc.

What are some issues with DAOs?

As with anything new, there will always be some teething problems regarding DAOs. One of the main issues is governance: how do you ensure that everyone who owns a token has a say in what happens within the organization?

Another issue is security: since computer code runs DAOs, they are vulnerable to hacking attacks or other malicious acts that could cause financial loss for those involved.

What are some examples of DAOs?

The most well-known example is Ethereum, founded in 2014 and has since grown exponentially to become one of the top digital currencies (as measured by market capitalization). Another prominent case study comes from MakerDAO - an open-source platform that allows users to create Stablecoins backed up by ETH collateralized debt positions (CDPs).

This company's model relies heavily on smart contracts, allowing it to manage its operations with greater efficiency than traditional banks would provide without any human intervention whatsoever!

Another example is "The DAO" and Golem Network. In 2016, there were two other companies: Aragon, which was launched in 2015 by Luis Cuende as "a platform for creating digital jurisdictions," Slockit - which released its first version during this year's Devcon event (DevCon) held at Cancun, Mexico from April 26-29th. Their mission statement reads like this "We want our users back." It says its goal is to provide "free and open-source" services without taking any control away from those who want to use them.

Applying DAOs to the real world.

DAOs are applied in many different industries and scenarios. A few notable examples are:

When it comes to thinking about DAOs, a few frameworks can be helpful. One is the "Theory of Decentralized Autonomous Organizations" by Carlota Perez, which looks at how DAOs can be used to create value in society.

Another is the "Seven Pillars of Blockchain Governance" by Rowan Van Pelt, which outlines the fundamental principles that need to be followed for successful blockchain governance.

Finally, there is the "Sociology of DAOs" by Alexandra Sims, which looks at how social dynamics can affect the success or failure of a DAO. This framework considers power dynamics, trust relationships, and communication within the organization.

What's the future of DAO?

The future of DAOs is still very much up in the air, but there is no doubt that they have the potential to revolutionize how business and governance are conducted. As more people become aware of them and their benefits, we can expect to see more and more DAOs being created. Therefore, it is essential for businesses and individuals who want to stay ahead of the curve to consider how DAOs could be used in your particular industry or sector!

The future looks bright for these organizations because they offer so many benefits over conventional ones, such as transparency, security, and efficiency. As blockchain technology evolves, so will the possibilities for DAOs - making this an inspiring space to watch! 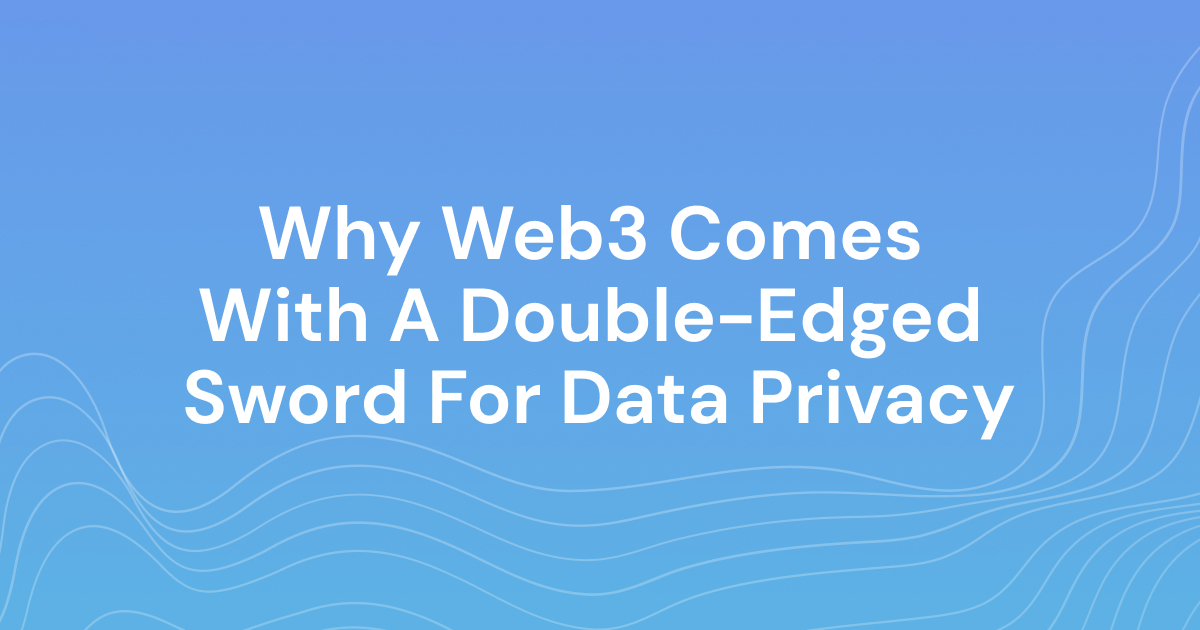 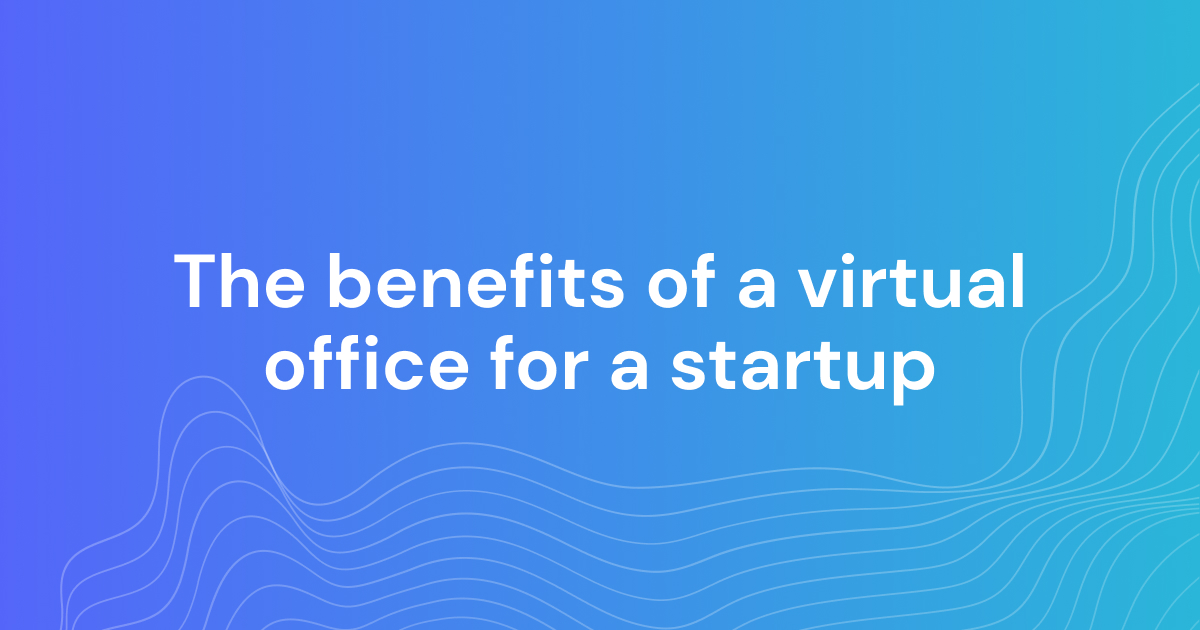